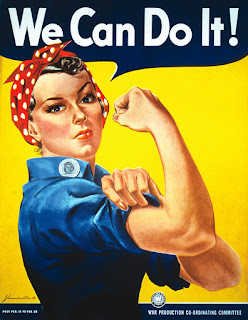 The specifics of Rosie’s rediscovery are not altogether clear, though  the original Westinghouse image was reprinted in a 1982 Washington Post article and seems to have taken off from there.
at March 28, 2018